How To Resolve Unequal Sexual Desire

Besides the health benefits of sex in marriage, sex can also enrich your marital status and improve your relationship. But, will regular sex boost marital bliss?  The answer to this question depends on scientific findings as well as personal experiences.

Advocates of the benefits of regular sex say couples often make love every day for relaxation. In other words, sex is supposed to make you feel good especially when it’s with someone you love.

Furthermore, regular sex is good for your health and good for your relationship. It’s good for respiration, muscles, and bladder control. It’s a fine antidepressant, and it can renew your energy.

Lastly, advocates of regular sex believe that daily sex helps to deepen the bond between you and your spouse. It also boosts your confidence in lovemaking which enables you to stay in lust forever.

On the other hand, some scientists believe that regular sex can backfire.

The reality for them is that whether or not regular sex works, most couples can’t do it. Because no couples are in that good a mood, or have that kind of energy every day. As such, the daily sex model is one that will appeal to a few, with practices even fewer. But for those who have Olympian sexual appetite, regular sex becomes a crucial way to stay sexually and emotional connected.

Hence, for opponents of regular sex, abstinence is a good option. For the reason that a few days off sex create anticipation and eagerness, making the heart grow fonder. Proponents of abstinence believe it’s a way to jump-start a sagging sexual relationship. So why not plan abstinence and take advantage of it? After all anticipation is a big part of sex.

Why Sex Is Declining Among Couples

Yet, another study published in 2019 found that about 47% of married couples have sex less than once a week.‌

The reasons given for lack of interest in sex include familiarity, advancing age, parenting challenges, work pressures and household responsibilities.

Research also shows that married people who have sex weekly are no happier than those who have less of it. This is according to a study involving 30,000 people. Furthermore, if you’re happy with the number of times you have sex in your marriage, that’s the right amount of sex for you. So, pushing sex frequency to more than once a week may decrease your desire for and enjoyment of sex. This is to say that quality is as vital as quantity.

Therefore, while everyday sex isn’t necessary, it remains a great bonus and an essential part of most couple’s commitment and happiness with one another.

Then again, having sex every day may be unrealistic for most couples. However, if you and your partner want to increase sex frequency, experts offer the following tips for success:

Finally, will regular sex boost marital bliss? There is no perfect answer to the question, though this is not to say sex doesn’t matter. After all, in several studies, people who were having sex less than once a week were less happy and satisfied. And those numbers kept going down as the sex got less regular. This finding means a healthy, positive sexual relationship with your partner is important to marital bliss.

This having been said, sex is not a magic potion for all marital problems. For instance, daily sex will not help a marriage that has hit rock bottom. Likewise, if some sex is good, more is not going to be better, as there are many factors that build a strong marriage.  Therefore, while sex is delightful and fun, it is equally important to cherish your marriage in various ways.

How To Nurture And Heal Your Hair 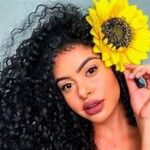 How To Make Clever Restaurant Choices