Is molnupiravir new wonder covid-19 pill? Yes and No. Yes, it’s the first pill that can be taken orally to relieve symptoms of covid-19. And, No, the pill can’t replace vaccination, at least not for now.

So back to the question, is molnupiravir new wonder covid-19 pill? To understand the yes and no answers to the question, it’s crucial to examine the background research, dosage, and side effects of the drug. Also, look at the efficacy evidence, and the difference between it and other anti-viral drugs. Assess whether molnupiravir is the game-changer in the fight against covid-19. And if so, what are the global access challenges in low-middle income countries

Many health experts have desired a convenient pill that you can take once Covid-19 symptoms appear. That is much the same way you take flu pills to help quicken recovery from flu.  Hence, very exciting news when on 1st October 2021 Merck announced that molnupiravir reduced death and hospitalisations by half. The news placed molnupiravir as the first easy-to-use pill against covid symptoms.  Another great benefit of the new pill is its ability to reach and treat people quickly, particularly those in poorer and remote countries susceptible to outbreaks.

So, in view of the benefits, could this be the game changer health care experts are hoping for in the global fight against the pandemic? Positively yes, as, subsequently, some governments have ordered supplies before regulators’ approval. For instance, on November 10, 2021, the U.K. became the first country in the world to approve molnupiravir for use in people with mild to moderate Covid.

The drug was discovered at Emory University, Atlanta, and developed by Merck and Ridgeback.

And according to the New York Times, Molnupiravir is

safe, well-tolerated, affordable, and easy-to-administer antivirals are ideal treatments because they directly counter the virus, limiting its damage to the body and the duration of illness.

Molnupiravir is the chemical name for a medicine originally developed to treat influenza and delivered orally in a capsule. It works by preventing replication of the coronavirus that causes Covid.

During the study, molnupiravir was taken orally every 12 hours for five days by adults with mild-to-moderate Covid. However, in the meantime, studies are ongoing to decide the most efficacious method to apply the treatment. This is because, while a study in early 2021 projected molnupiravir as having a little effect when given to patients already hospitalised with severe disease. Another study is testing if it can be used to prevent coronavirus from spreading in households where one or more members have Covid.

Are There Any Side Effects?

Analysis in the interim revealed no high incidence of adverse effects. Results showed only 1.3% of participants who took molnupiravir left the therapy due to an adverse event, compared with 3.4% in the placebo group.  Nevertheless, the pill needs to be assessed in a larger group of patients to determine its safety. Another important point is that people involved in the trial were instructed to stay away from heterosexual sex or contraception. This implies molnupiravir has the potential to cause birth defects should someone become pregnant.

But even with the news of a potentially effective new treatment, experts stressed the importance of vaccines for controlling the pandemic. This is for the reason that vaccines may help prevent transmission. And also reduce the severity of illness in those who do get infected. Based on these facts, molnupiravir shouldn’t be a replacement for vaccination. But be seen as supporting each other to considerably reduce Covid.

And on safety concerns, the company is

very comfortable that the drug will be safe if used as intended.

The Difference Of Molnupiravir From Other Drugs

Before the covid-19 vaccine, Ivermectin was being prescribed off-label to treat covid-19 in some parts of the world. Ivermectin is an antiparasitic used to treat river blindness. Hence, controversy trailed Ivermectin use in humans. The FDA sent out warnings in October 2021 against the potential use of Ivermectin to treat Covid.

Ivermectin Facts And Treatment Of COVID-19

Initial efforts to find treatments yielded dexamethasone. This is a steroid aimed at dampening an overblown inflammatory response in the sickest people. The FDA has not authorised the drug for this purpose, but it’s widely used to treat the sickest people.

The U.S. approved remdesivir for COVID-19, though there are a few disadvantages. First, the drug is expensive. Second, it is given by IV or injection at hospitals or clinics. Third, pressure on supplies due to the delta variant surge. Fourth is the risk of infected people transmitting the virus to medical staff and other patients. And lastly, the drug is approved only for those who are already hospitalised with COVID-19.

Is Molnupiravir The Game Changer?

Available evidence shows molnupiravir can make an earlier treatment of infection easier and more effective for you. It can also keep hospitals from congestion, especially in places where vaccination rates are still low. Such as seen in many low- and lower-middle-income countries.

However, whether this clinical-trial success story will translate into a global game-changer in the fight against the pandemic isn’t clear yet. And even if lower-income countries can afford the medicine, they might not have the diagnostic capacity to treat patients with molnupiravir early when treatment could make a difference.

At $700 per five-day course, it’s not eureka yet for many poor countries that live on a $1 a day. The questions are how to make the cost more affordable? And how the pills can be made available to people that need the medication most, without compromising quality and efficacy?

Merck says it will implement a tiered-pricing approach based on World Bank country income criteria. This pricing strategy will reflect countries’ ability to finance their health response to the pandemic. Similarly, Merck will implement voluntary licensing agreements with generic-drug manufacturers in India. This will quicken molnupiravir’s availability in more than 100 low- and middle-income countries.

So far so good. But on the other hand, let’s even assume poorer countries can afford the drug; they might not have the diagnostic capacity to use it properly. For instance, if molnupiravir needs to be given in the first five days after symptom onset, it requires rapid diagnosis. Unfortunately, for many developing countries, as well as wealthy ones, this can be a huge challenge.

Is molnupiravir new wonder covid-19 pill? Although molnupiravir will not replace your need for vaccination, it presents you with safety, efficacy, convenience, and less stress. The reality also is vaccination remains your most effective shield against covid-19, even if the infection still occurs in highly vaccinated populations. Nonetheless, the solution is to use antiviral therapies to limit the disease’s severity, particularly in the elderly. This also applies if you have poor immune systems which makes vaccination less effective.

Finally, the best protection against this disease remains wearing your face masks and to maintain a physical distance.

Help My Skin Is Breaking Out 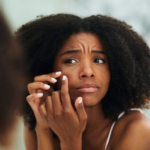 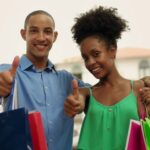 How Money Impacts Your Wellbeing