11 Essentials For A Healthy Pregnancy

Why abortion can be a risky choice is a topic about why women have abortions, why women shouldn’t abort, and why there’s always a better choice. Abortion is simply the term for the early ending of a pregnancy. Sometimes abortion happens on its own. This is called miscarriage or spontaneous abortion. But women can also choose to end a pregnancy by getting surgery or taking medicine.

If you feel this topic, why abortion can be a risky choice, is not for you, it is still good to read it anyway. As you will be able to share the information just in case someone close to you is contemplating abortion.

Why Women Have Abortions

Women’s reasons for ending a pregnancy have been consistent over time. These reasons often focus on responsibilities to the children they now have and plan to have in the future:

The most frequent reason is that having a child (or another child) would interfere with your ability to care for existing children, their education, or your work responsibilities. Hence, you cannot afford a baby right now.

Anxiety over the children you already have

Anxiety over existing children is a key factor in your decision to terminate a pregnancy. The reasons often cited as “most important” are that you are not ready for a child or another child (25%). And you cannot afford a baby right now (23%). Nearly 4 in 10 women surveyed said they had already had all the children they wanted.

Many women raised financial, emotional, and time concerns about the ability to care for their existing children. For instance, a 30-year-old unmarried survey respondent, living below the poverty line, said in an interview:

There is just no way I could be the wonderful parent to all three of them and still have enough left over to keep the house clean and make sure the bills are paid and I’m in bed on time so I can be at work on time. It’s impossible.

According to the researchers, women do not set out to have an abortion per se, but rather choose not to have a baby at that time. For many, it is the only decision they can make, given their circumstances.

There are many reasons why women should not have an abortion. These reasons have to do with human values, religious values, and conscience.

Women should think about their unborn babies who are not responsible for this situation. Basic human values support the rights of these unborn babies to live and grow into normal people. In other words, it is important to be more humanitarian and less self-centered with these babies. After all,  the baby does not know how or why he is here. As a result, it is unnecessary to abort, since there are many other solutions short of abortion.

In almost all religions, women are not permitted to have an abortion. If they do, their religion will punish them.  For example, in some religions, you cannot take communion after having an abortion. And before taking communion again, you must do many things as a form of penitence. In whatever religion, abortion is punished and for this reason, you should not abort.

When Should You See A Doctor?

If you think you might be pregnant, see a doctor as soon as possible. If you are pregnant, this is an important time to learn as much as you can about your options. If you are thinking about having an abortion, it is best not to delay. The earlier you are in your pregnancy, the more options you are likely to have. Also, the risk of problems will be lower.

Your doctor will ask about your medical history and will do a physical exam. You will have lab tests to make sure that you are pregnant. You may also have an ultrasound.

How Risky Is An Abortion?

Why abortion is a risky choice is premised on the facts that:

However, abortions done by health professionals are very safe. Less than 1 in 100 women have a serious problem with an abortion. In countries where abortion is legal and safe, less than 1 in 100,000 women die after an abortion during the first 10 weeks.

The safest timing for abortion is between 3 and 10 weeks after your last menstrual period. This is when a low-risk medicine or vacuum aspiration procedure can be used. Medicine does not work as well after 9 weeks when only surgical abortion can be used. Problems from surgical abortion in the second trimester (weeks 13 to 27) include heavy blood loss, infection, and moderate to severe pain.

The most widely used methods for abortion do not prevent a woman from becoming pregnant later. Abortions done with a sharp surgical tool (such as dilation and curettage, or D&C) can create scar tissue in the uterus. This scar tissue could keep you from getting pregnant in the future. But it is rare for this scar tissue to form.

Keep in mind that you can get pregnant in the weeks right after an abortion. So it is the best time to start using birth control that works well and fits your lifestyle.

You probably start to heal and feel better 1 to 3 weeks after an abortion. As such you should avoid sex during this time. And when you do have sex again, be sure to use a condom for several weeks or for as long as your doctor tells you to. This will help to prevent infection.

Is Abortion The Right Decision For You?

The decision to continue your pregnancy or end it is a very personal one. However, counseling may help you decide what is best for you. If you are comfortable, you can start by talking with your doctor. Family planning clinics also offer counseling to help you decide what is best. In addition, you may also want to talk with someone close to you who understands how pregnancy and raising a child will affect your lifestyle. Hence, think carefully through your choices, which are to:

Why abortion can be a risky choice is because the effects of an abortion can be very sad for everyone involved, both for you and for the family who lives with you. Therefore, abortion should not be treated as a political issue. But rather as a matter that affects real women facing difficult choices. In the meantime, what society should do is to focus awareness on these women and resolve the issue of underlying unintended pregnancy. This is because focusing on the prevention of unintended pregnancy will reduce the need for women to make these tough choices.

Lastly, you also need to think about the consequences of unprotected sexual relations, especially if procreation is not the goal. That’s the bottom line!

How To Set Up A Home Gym 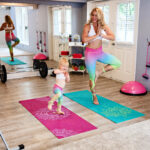 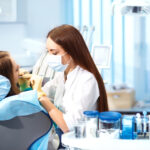