Are You Drinking Enough Water?

The pH of Soda = pH of Vinegar

For real, a soft drink, no matter the brand, is the most acidic beverage you can buy, with a pH of about 2.5. This is about the same as vinegar. Why is that a problem? It is a problem because acid oxidizes whatever it comes in contact with. For instance, if you put a soda drink or vinegar on metal, it will rust it quickly.

If you consume a soft drink, which also contains high levels of phosphorous, you will lose calcium from your bones. According to a medical expert, increased sugary fizzy drink consumption is a major factor that contributes to osteoporosis. Moreover, tooth loss, periodontal disease, and gingivitis can be problems, especially with a high phosphorus intake, particularly from soft drinks.

Weak bones are just the beginning. The high sugar content of a soft drink is awful. In an exciting experiment, the sugar from one soft drink damaged the white blood cells’ ability to ingest and kill bacteria for seven hours. Worse still, sugar and acid in soft drinks easily dissolve tooth enamel.

Soft Drink Increases The Risk For Obesity By 1.6 times

Now that there are risks of weak bones, weakened immune systems, and dissolving teeth. What is the next risk to watch out for? Weight gain! The relationship between soft drink consumption and body weight is so strong that researchers calculate that for each additional soft drink consumed, the risk of obesity increases 1.6 times.

Your children are not out of risk either.  Adolescents who consume soft drinks display a risk of bone fractures three to four times higher than those who don’t. A study conducted in 2001 confirmed that such excess liquid calories in soft drinks suppressed the ability of older children to compensate at mealtime. This leads to caloric imbalance and, in time, obesity.

Diet Soft Drink Is Not Any Better

If you take a diet soft drink as the alternative, the news is not better. In fact, it is far worse! As one liter of an aspartame-sweetened beverage can produce about 56 milligrams of methanol. When several of these beverages are consumed in one day, as much as 250 milligrams of methanol are released into the bloodstream. This is 32 times the EPA limit. Therefore, you’re poisoning your body, too.

Also when it comes to saccharin, tests have demonstrated the carcinogenic effects of saccharin in the bladder and other sites. In particular, the female reproductive organs. Equally in some instances, at doses as low as the equivalent of one to two bottles of diet soft drinks daily.

In other words with diet soft drinks, you have moved from high calories to poisonous levels of methanol and an increased risk of developing cancer. Certainly not a good trade-off. Hence, the advice is to limit the consumption of aspartame-sweetened drinks. That is if you are watching your sugar consumption and weight. Since it is not wise to substitute entirely water with diet drinks

Medical tests showed caffeine withdrawal can strike people who consume caffeinated soft drinks every day. Furthermore, tests discovered that caffeine-withdrawal symptoms include headache. As well as fatigue, mild depression, muscle pain, flu-like feelings, nausea, and vomiting. In addition, women who consume at least one cup of a caffeine-containing soft drink per day were more prone to PMS. And the more caffeine they consumed, the more severe their PMS symptoms were.

Another study on the relationship between caffeine and fertility found that just one caffeinated soft drink per day was linked to a reduced monthly chance of conception of 50%.

Do you still indulge in daily soft drinks? The reality is that there is absolutely nothing ‘soft’ about soft drinks. Yes, it is non-alcoholic, sweet, and refreshingly fizzy. But the sooner you can remove it from your diet, the better.  If you care about your health and the quality of your life, put the soft drink down! And be safe with pure natural water instead. 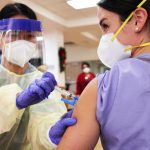 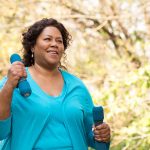 Lose Weight After 40 The Right Way