How To Resist Teen Peer Pressure

Helping your child through puberty advises parents on what they can do to steer their children safely through the emotional process and physical changes of puberty.

Now take for instance your daughter’s breasts are budding beneath what used to look like an innocent t-shirt. Or your son comes home from school after doing the fifteen minutes’ walk in the sweltering sun, smelling like someone who has been digging the garden all day.  He says ‘Hello Mum’. You replied with “How was school today”? And you quickly followed with “Darling, go take a shower first before you do anything else”.  Sounds familiar? Welcome to puberty.

Puberty refers to the specific physical changes children experience as they move into adulthood. However, these bodily changes are not without emotional consequences. So, helping your child through puberty means talking, supporting, and reassuring your child about the physical changes that come with growing up.

Sure, most of us know the telltale signs of puberty. Such as hair growth in new places, menstruation, body odour, a deeper voice in boys, breast growth in girls, etc. But we may not fully understand the facts behind all of these changes. Here is a quick rundown of how it works.

Puberty begins usually after a girl’s 8th birthday or after a boy turns 9 or 10. An area of the brain starts to release puberty hormones. What happens next depends on a child’s gender. For boys, the hormones travel through the bloodstream to the testicles. And give the signal to begin production of sperm and testosterone. In girls, the hormones go to the ovaries and trigger the maturation and release of eggs and the production of estrogen, which matures a female’s body and prepares her for pregnancy.

At about the same time, the adrenal glands of both boys and girls begin to produce a group of hormones called adrenal androgens. These hormones stimulate the growth of pubic and underarm hair in both sexes.

If You Are A Boy

The physical changes of puberty usually start with enlargement of the testicles and sprouting of pubic hair, followed by a growth spurt between ages 10 and 16 – on average 1 to 2 years later than when girls start. Your arms, legs, hands, and feet also grow faster than the rest of your body. Your body shape will begin to change as your shoulders broaden and he gains weight and muscle.

You may become worried if you notice tenderness or swelling under your nipples. This temporary development of breast tissue happens to about 50% of boys during puberty. But it usually disappears within 6 months or so.

And that first crack in the voice is a sign that your voice is changing and will become deeper.

Dark, coarse, curly hair will also sprout just above the penis and on the scrotum. And later under the arms and in the beard area. The penis and testes will get larger, and erections will become more frequent. Ejaculation, the release of sperm will also occur.

Many boys become worried about the size of their penis. Reassurance is needed particularly if your boy is a late developer and starts to compare himself to boys who are having faster growth in puberty. Also if your boy is circumcised, he may have questions about the skin that covers the tip of an uncircumcised penis.

If You Are A Girl

Puberty generally starts earlier, sometime between 8 and 13 years of age. For most girls, the first evidence of puberty is breast development. But it may be the growth of pubic hair in some. As your breasts start to grow, you will initially have small, firm, tender lumps under one or both nipples. Your breast tissue will get larger and become less firm in texture over the next year or two. Dark, coarse, curly hair will appear on the fold of the skin surrounding your vagina. And later, similar hair will begin growing under your arms.

The first signs of puberty are followed 1 or 2 years later by a noticeable growth spurt. Your body will begin to build up fat, particularly in the breasts and around her hips and thighs. Your arms, legs, hands, and feet will also get bigger.

Help Your Girl Get Healthy Image

Puberty is that time in life when children start to grow, fill out, and even talk like you have never seen them before.  Helping your child through puberty also means helping your boy or girl overcome puberty concerns along the way. Read about some of the physical, emotional, and sexual concerns of puberty:

Pimples are common for most teens. Puberty hormones make the glands produce an extra natural oil called sebum, which can clog the pores. By washing gently with water and mild soap, you can get rid of excess sebum and help reduce breakouts. In more severe cases of acne, there are several helpful over-the-counter and prescription medications available.

And a teen concern with body odour will need to learn to wash frequently enough and to apply deodorant or antiperspirant.

Talking To Your Child About Puberty

Helping your child through puberty is centered on talking.  For instance, when your child begins to see changes, it is important to talk about how the body changes, sooner, rather than later.

Talk with your girl about the expected events of puberty, including menstruation, when you see the first signs of breast development. Or earlier if she seems ready or has questions. Your boy should know about normal penile development, erections, and night emissions before age 12 – sooner, if he is an early developer. And it is also important to talk to your child about what is happening to members of the opposite sex.

It is best to have series of talks when they start to ask questions about their body parts. Each time you talk, offer more and more detail, depending on your child’s maturity level and curiosity in the topic.

And, if your child has a question, answer it right away. If you feel uncomfortable or uncertain about having these discussions with your child, ask your child’s doctor for advice. 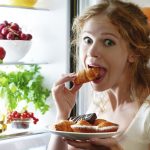 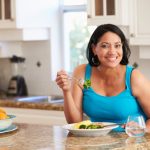 How Healthy Is Your Cholesterol Level?