How to help your girl get healthy image is a crucial task for mothers. Imagine this scenario: As soon as you leave the sitting room, your daughter grabs the TV remote and changed to one of the entertainment channels. On the screen is Beyoncé with her ever super polished skin and graceful figure doing her latest song. You came back into the room to see your daughter absolutely daydreaming and soliloquizing “I will do anything to have that figure”.

Identifying Red Flags As A Parent

Another time you find your daughter and her teenage friends doing several squats just to have Kim K’s butt.  Do you get concerned or just shrug it off as a silly little thought of a teenage girl. You should be concerned as a parent. Although the media overwhelm girls with images of super-slim models, you as the parent can be the most powerful force to help your girl get a healthy image of herself.

As for the teenagers, many of them view, as their role models, images of slim female models and actresses who look beautiful and appear happy. To make matters worse, mothers too often openly obsess about their own weight. While fathers and older brothers make clear their preference for slimmer women in body-hugging, midriff-baring styles.

Below are factors that influence girls’ ideas about body image. So that you as the parent can help your girl get healthy image. In other words, encourage your daughters to develop a healthy attitude about their own bodies.

Encourage Positive Influence of the Media

The average teenage girl gets about 180 minutes of media exposure daily and only about 10 minutes of parental interaction a day. In an attempt to copy the countless media images they view, girls often take drastic measures. Many end up with very low self-esteem. Some with dangerous eating disorders. Several girls at younger ages start to be unhappy with their bodies. They try to change them and feel like they need to copy something different than what their bodies can do.

So as a parent what should you do? Ban glossy magazines that promote sexy or slim images. Instead, invest in magazines that promote health and fitness. Encourage your daughter to watch educational channels like CNN, Discovery, Animal, or cartoon Channels. Limit exposure to music or celebrity channels that do more harm than good.

Experts suggest that parents’ energy is better spent getting their daughters to think about the unrealistic way the media portrays girls and women. This is most likely to occur if mom or dad is engaged in the process, too.

Participating with their daughters watching TV or viewing the Internet, allows parental discussion about those patterns of physical representation. When parents learn firsthand how their daughters perceive celebrities, it can lead to a lesson in media literacy. For instance, both Afro-American and European celebrities’ physical appearance influence our girls: the trim tummies, glossy polished skin, white teeth, etc.

For those girls who feel they don’t look like their idols, desperation may set them to look like them. Firstly, they start to question the way they look. Secondly, they start to fantasize about the ideal physical appearance which may lead to impossible goals. Hence, body image as portrayed by the media can do more harm than good.  However, when parents can help their daughters recognize how unrealistic these images are, girls may begin to feel better about the way they look, flaws and all.

Careful About The Sports Option

To take attention away from media-driven images of being super slim, some parents engage their daughters in sports. But sports have their problems.  Research has shown that girls who participate in sports that do not promote leanness are likely to feel better about themselves. This is because sports give them a way of defining that does not involve appearance.

However, plenty of sports do emphasize lightness and leanness, and they link performance to appearance. Certain aspects of sports programs can offer parents clues about whether they are prone to boost or lower their daughters’ self-esteem. Parents should observe the type of messages coaches send to their athletes about body image. First, the level of competition vs. camaraderie found among teammates. Second, their own daughter’s attitude toward the activity.

Use Your Strong Influence As A Parent

By the time most girls reach their teens, they have taken in years of messages about what a female body should look like. Mothers play a tremendous role in their daughters’ self-assurance and the potential to develop eating disorders. A mother is her daughter’s best friend and the appropriate parent to help your girl get healthy image.

Fathers play an equally influential role in shaping their daughter’s self-image. A daughter learns how to relate to men by the way she relates to her father.  That is why it is important that fathers check what they say to their daughters about their physical appearance. For instance, stop to reflect on the implication of saying “You are getting too fat” to your daughter.  More importantly, fathers should pay attention to how they react to the media images of sexy, thin women. This is because your daughters are watching your responses.

With the images of celebrities who are often seen as simultaneously ultra-slim and buxom, girls may have a tough time arriving at what it means to have a healthy body image. Hence it is better to help your girl get healthy image by showing them what it means rather than telling them.

Try to deflate the image of the super-slim model in the mind of the adoring adolescent girl. Make them look at the young children, of different shapes and sizes, joyfully running around the field playing, enjoying their lives. Also, discourage them from obsessing about how to maintain their weight, or spending too much time on fashion magazines.  Encourage physical activity whereby they move their bodies around more, which in turn makes them more energized and fit. 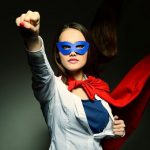 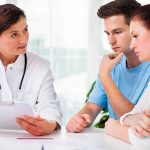 Five Cancers That Can Be Cured