Help Your Girl Get Healthy Image

It is heartwarming as you watch your son starts to react to the presence of a female. Firstly, he is excited (though he pretends otherwise). Secondly, he is conscious of his appearance more now than before. Thirdly, he talks on his mobile and sends texts more often. Fourthly, he blushes, stutters, and gets hurt. So as a mother, you want to prevent your son from getting hurt or having sleepless nights.

Which Behaviours Are Pushed Most?

According to a survey, adolescents feel pressured to engage in behaviours that place them at risk. These risks include cigarette smoking, alcohol consumption, drug use, and sexual activity. The sad news is that they are most likely to fall under pressure.

By the time adolescents are just 13, one in five has tried smoking. Close to 25% of high school students smoke cigarettes.

Two-thirds of teens between the ages of 14 and 17 have tried alcohol. Of teen boys who have tried alcohol, 20% did so by the time they were 12. Episodic, or binge drinking, is also fairly common. Out of the adolescents aged 12 to 17, one in four said they had had five or more drinks consecutively within the past month. And to make matters worse, almost a quarter of drinkers aged 16 to 21 admitted they drove after drinking.

Slightly more than 25% of adolescents aged 14 to 17 have used illegal drugs. While one-third of young adult marijuana users aged 18 to 21 started using the drug by the time they turned 14.

About one in every three kids aged 14 to 15 has had sexual intercourse. Also, out of sexually active teens, almost 30% used no birth control during their last sexual encounter.

How to resist teen peer pressure from risky behaviour becomes a little tricky when there are other equally troubling behaviors that may not be as common. But unfortunately are on the rise, and point to teen peer pressure as responsible.

If we examine teens’ ardent attempts to emulate unrealistic body ideals, a lot of peer pressure prompts the desire to look in a very specific way. While the desire to look ‘slim and fit’ is more pronounced among girls., for many young boys the quest for ‘six-pack’ abs.

There is no single profile to determine who will quickly buckle under peer pressure.

Some experts say those who are socially adrift are the most likely candidates. Teens who are prone to social isolation, and have less of a cohesive sense of self, will do things to feel connected.

But other experts say adolescents who seem like the least likely suspects are actually the most susceptible to teen peer pressure. Popular kids and those from affluent families tend to be the most at high risk for falling under peer pressure. They pay attention to what their peers appreciate. And at 14 or 15, when their peers appreciate the need to try some alcohol, they are going to be part of it.

Why Teens Succumb To Peer Pressure

Kids’ personal traits aside, simply being of middle-school age is one of the leading causes of peer pressure. Stubborn children who have known few parental limits in their lives are increasingly vulnerable to peer pressure during the middle school years.

The structure of society also makes adolescents vulnerable to teen peer pressure. According to some experts, six decades ago, adolescents were more likely to fuse with adults and be part of adult society. That link is no more and the emphasis is now more on being with their own peers. There is an independent youth culture where values do not come from parents or adults, but more from their age mates.

How To Resist Teen Peer Pressure: What To Do As Parents

Be far yet close

This means giving your teenager a breathing space but still being close enough to lend a listening ear if need be and monitor without being seen.

Gently ease in your advice

Try not to be confrontational or aggressive. Gone are the days of slaps, ear pulling, and kicks. You are likely to be arrested for child abuse.

Keep a watch on changes

These include physical and emotional changes: He now hides his phone. He talks too loud. He gets angry easily. His eyes are bloodshot and cold. He shuts his bedroom door all the time, etc

Parents tend to neglect this important strategy blaming lack of time from work or other social commitments. A heart-to-heart talk with your teenage son or daughter keeps you in the loop of what’s going on in his or her life.

Don’t do all the talking and preaching. Listen to what’s up. You will be surprised to learn more than you give your teenager credit for.

8 Ways To Awaken Your Relationship 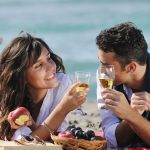 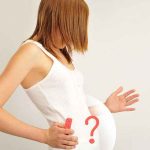