How A Partner Helps Your Heart

There are various reasons older women date younger men. But three reasons stand out. Firstly, suitability. Secondly, it’s not all about sex. Thirdly, the choice of a healthier richer older woman is irresistible.

It’s often taken for granted in this part of the world that old men have the right to younger women.  It’s almost part of the culture.  However, when it’s an older woman dating a younger man, she’s called names ranging from “sugar mummy”, ‘a cougar’, an overconfident cradle snatcher, to a woman who just doesn’t want to grow old gracefully.

On the other hand, if both profess love for each other, then you hear something like “Love my foot. Just tell this old granny to grow up and go get someone her own age”.

There has always been a lot more attention given to older women with younger men than vice versa. The truth of the matter is that there are plenty of women out there who are proving irresistible to younger men.  For starters, the older women have money, class, good taste, they are beautiful, well-groomed, with a wonderful sense of humour, and a youthful figure and look.

The younger man may attempt to defend the relationship with the older woman. “I just don’t get it.  What has age got to do with it? Why do people focus on our age difference”. The man complains about society’s frown at his older date. Money is believed to be the main motivation for man, but sometimes may not be.

The reasons women date younger vary and are debatable. But relationship experts come to the rescue and identify three main reasons why the magic works between older women and younger men. Notwithstanding, the problem side can’t be ignored.

The humorous side of it is that older women and younger men make a great couple when it comes to casual sex.  In a survey, one-third of forty-something women asked said they’re having more sex now than twenty years ago, and more than half have more orgasms.  Why is that?

The reason, according to the study, is a combination of experience and changing hormones.  Women have more intense orgasms and tend to peak sexually in their mid to late 30’s.  For men, blood flow and stamina decrease over the years, so the younger they are the higher and longer-lasting the erections.

Several older women are enjoying their sexuality for longer and for them, sex just keeps on getting better.  They are more aware of their bodies and know what they like.  All that’s required is a partner who will not only take them to that sexual height but also be able to keep up with them.

Another way to look at it is this: a woman divorced her husband after all the children had grown up and left home.  Sex with him had become a routine and hardly exciting.

She met a twenty-seven-year-old lawyer and for a while got a return to great sex; which used to be. Though lucky they had more in common outside the bedroom, the downside was the younger man’s parents and family’s objection to the relationship. It ended anyway.

The woman confessed it was lovely while it lasted because the time with someone outside the same age group was interesting and unlocked new experiences.

One of the reasons women date younger men is not just for the great sex, though it’s the number one reason if you’re looking for a short-term fling.  Albeit sex alone will not hold the relationship for long.  If it’s a commitment you are looking for, other factors such as friendship, intimacy, sharing of values, and interests do matter.

For instance, younger men have this spontaneity and are always enthusiastic about doing things together or even doing for you. They may offer to cook for you, take a walk with you, excited to meet you as often as possible. And when you remind them of your age, they often say, “No way, you look much younger”.   You might just wonder what your age is supposed to look like, because in any case with a strong bond and connection, the issue of age shouldn’t be an issue, right?

Some younger men even go further to actually, really, genuinely fall in love with the older women.  Remember the movies When Stella got her groove back, Fifty, Cougars wives, and all those movies breaking the ice by depicting ‘unrestricted’ love bloom between the older woman and the younger man.

This isn’t about gigolos, but about younger men who talk of marriage, ready to take all the scorn and tease from their friends. In the end,  it’s often the older women who stall and buckle under society’s outrage.  Those who are daring go on to tie the knot with their younger dates. Some have even lasted.

More women are becoming healthier, richer, and feeling younger into their 40’s, 50’s, 60’s and beyond. So, it is inevitable that they are more attractive to all men young and old.  Older women provide the experience both in and out of bed. They raised families, run successful businesses, more confident about themselves. More so, they are financially independent and free to make their own choices.  So what young man would not be attracted to such a rewarding brand?

Here Is The Problem!

So assuming women are achieving equality with men in many areas. Why is there still inequality between the sexes when it comes to older women dating younger men?

One problem is the fertility issue; the mother figure syndrome.   When older men can father children into their 70’s, a woman’s fertility declines from the age of 35. So assuming the younger man desires children in the future, there are likely to be relationship clashes.

This problem doesn’t arise in the younger woman and older man scenario. To compound the discrimination further, there is a discrepancy between society’s expectations of older men and women.  For instance, it’s okay for an older man to be both a father figure AND sexual in a relationship. Whereas society expects the older woman to be nurturing and motherly OR sexual – but never both.

How To Bounce Back From Crisis 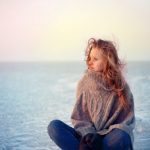 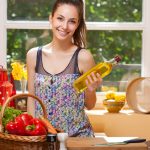 Eating Habits To Change For Health