Jealousy is one of the few emotions that couples often express. Unfortunately, many express it really badly – often for absolutely no good reason, and sometimes with disastrous consequences. It might be the only emotion that husbands wish wives would suppress. Then again why my wife is jealous explains that jealousy might actually be a positive thing in a relationship. And not an emotional wrecker as is generally believed.

I am not in the habit of picking up my husband Mike’s mobile phone when it rings or going through his text messages. All hell will break loose if I try. But on this one time, I had to. What happened? I misplaced my mobile phone, which happens a lot at my house. So Mike gave me his phone to use – just for a couple of hours.  I received a few calls mostly from his business associates, friends, siblings, and others.  Nothing to raise eyebrows. I trust my husband.

My hands started to shake. “Who the hell is Angela”?

That wasn’t all.  I looked down at four more intimate messages from this “Angela”. Ah, my husband now has a lover, a girlfriend, or just an admirer? Whoever she is, I was already angry but had to calm myself.  Too early to jump to conclusions.

I thought for a second about asking my husband but didn’t want to appear like the jealous wife. So I just dialled the number…I mean Angela’s.

“Well this is not Mike; this is his wife, Joan”. Silence‼

“Hi Joan, I heard so much about you”.

“Oh, my husband has also been discussing us? Anyway let me tell you Madam (deep down I wanted to call her something worse), he’s married to me so bugger off”.

Before she could protest or explain further, I switched off the mobile.

“Ha, so my husband is having an affair. But who the heck is this Angela”?  I have no idea yet.

I saved Angela’s number and for the rest of the day lost my appetite for food, sweating with a throbbing headache. My husband hardly came through the door when I announced coldly.

“I spoke with Angela today. She called me sweetheart, thinking she was speaking with you”.

I watched him closely for him to react guiltily. There was nothing to betray a love affair in bloom.

“Oh, Angela.  She calls everybody sweetheart in the office.  We all had lunch together yesterday as a group. She’s a mother hen, married with two teenage children”.

“Then she should stop sending you intimate texts.  You are a married man, joke or no joke.  You should not encourage it unless you are interested in her flirtation”.

“Hey, are you jealous?” Mike teased with a wink.

“Okay, I jumped to conclusions, but what would you do in my position.  I even kept my cool.  Those texts are enough for a woman to raise all hell. Did I overreact? Not really. My reaction was normal. Am I a jealous wife? Yes, I am a jealous wife. Always have been. Probably always will be. If nearly thirty years of marriage to a man who loves me completely hasn’t reassured me of his 100% devotion, nothing will.  In any case, I am only protecting what is mine. So there you go”.

I wanted my friends’ views on the ‘Angela matter’.  I wanted them to admit their vulnerability to jealousy. For instance, Bimpe’s analysis should be an interesting one. This is because I’m aware she and her husband are in a situation where there are possibilities for betrayal.  After years of playing the role of a dutiful breadwinner. Now, her husband’s new job as the chief accountant in a bigger company is exposing him to a lot of beautiful younger ladies. This is making me feel a little jealous on my friend Bimpe’s behalf.

Interestingly Bimpe is not perturbed about her husband’s dicey situation since she’s in the know anyway. She consoles herself with the fact that her husband’s co-workers are ten or more years younger than her husband. And with younger good looking husbands. So why feel jealous? Very unlikely the flirting will get further than the office. So, Bimpe was really cool.  But for me no solution there. Therefore, I turned back to myself and asked the obvious question. Why then do I feel jealous at the slightest attention to my husband by a woman?

Not that I get into shouting matches with my husband when am jealous, but I do hurt. And when I do it can be unbearable. I think I feel more jealous than any happily married woman should. This comes out in all kinds of little embarrassing ways. For instance, I answer his personal mobile phone or jump quickly to answer the landline phone. I run through his text messages whenever he drops his mobile.  I watch out for any unusual female perfume.  I monitor his movement. At parties, I pay too much attention to who Mike talks with, remaining at a comfortable distance. Nonetheless close enough to cleverly disrupt any conversation that seems suspiciously long. I even detest all these hugs and pecks on the cheeks.

“Look darling do you have to hug all these ladies and air-kiss them on the cheeks.  You are a married man, don’t you forget that”. I will remind him.

Why do wives behave this way? I can understand this feeling during courting days when you have to fight off other women and guide jealously what is yours. Those actions then were justified responses to something real. You found a good man and like many wives, the feeling then that you had married someone way better than you deserved. So you needed to strongly protect yourself against losing him.

Now the early courting days are over. But you still feel that protective way and can see how Mike attracts women. After all, he is handsome, smart with a good sense of humour. Equally, at 55, he still gets a second glance in just a casual T-shirt and jeans. However, I have also come to appreciate that most of my jealousy is baseless and uncalled-for. Just a piece of baggage I brought into our marriage.

The bottom line is, I don’t know if you feel the same,  I count myself lucky that after 30 years of marriage my husband is grateful for how possessive I can be. Even now Mike reminds me how “sweet” it was when I showed up “unexpectedly” at an aerobics class. Or at a cyber café around the same time he was there during our courtship.  “Sweet”? Perhaps looking back, more like stalking him if you ask me.

He laughed off the ‘Angela’ episode because he appreciates why my wife is jealous, the positive side of jealousy in a marriage. And no matter how many times he has to deal with me waiting up for him like his mother. Particularly on those late nights at the office, the worse thing would be if I stopped being overly jealous. Then that would mean I don’t really give a damn. And that’s not cool. 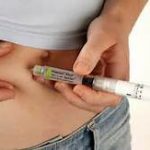 8 Reasons You Are Still Fat