Ways To Keep Your Man

Getting your man to listen is a major complaint about men. Men don’t listen, or you just don’t know how to get round to it? Yes, they pretend they do by nodding their heads to every sentence. But when you ask ‘darling are you listening?’ You get another nod of the head. And when you finally ask ‘darling so what do you think I should do?’ You are jolted by the answer ‘honey, what was it you said?’ The truth is that your man is in another world thinking how he is going to clinch that lucrative contract, or just too tired but too polite to ignore you.

But one man, in defense of men, thinks that only half of the fault lies with them. Talking to men is not like making love.  For instance, men too feel they need to be warmed up. Also, mood and time have to be right.  Men don’t believe they are trying to avoid meaningful conversations. Or that they can’t stand them. But rather more to do with the fact that they are not just prepared to talk at the times women approach them.

So how do you increase your chances of being given attention, and getting a response? The advice to women is to get his listening powers first, and second, his attention span. These you can do by following using these four tips.

Getting your man to listen to you is about choosing the right time. To you, he might seem to be pushing to the background your ‘togetherness’ time through his schedule of “must-do” golf sessions with his friends. Or his ‘serious’ board room strategic planning sessions. Or through his ‘never-ending’ football time on TV. However, all these may be a sign of emotional overload, not that he has lost his emotional feelings.

A man needs his downtime just like you do. Perhaps even more so. It’s long been known that women are more emotionally fluent than guys. Women are more verbal, with more people, on more topics. Men tend to withdraw. This is partly because the areas of their brains that process speech and emotion are less fully developed. As such you need to schedule your big discussions at clever times:

Not a good time

In the hour he gets home, he needs to clear his head of office nuisances. He wants to relax and have a glass of wine or a cup of cocoa. It’s not a good time when the two of you have settled your head on the pillow and need to rock each other to sleep gently. You certainly don’t need this peaceful time to work each other up.

You can open up during a walk over the weekend or over a mug of hot chocolate. Or relax with a cup of green tea in the middle part of the evening. Another way of being considerate is to introduce the topic in an email or text. This is so he has a chance to think about it a bit before the discussion starts.

Spare Serious Talk For The Car

Getting your man to listen to talks such as where your relationship is going or your suspicion that he is having an affair; then it seems normal to want to talk on the couch or at the kitchen dining table.

However, when the topic is serious or deep, introduce the conversation in the car, while sitting side-by-side. This way he will feel less intimidated, and more relaxed. Irrespective of who is driving, he will be in control and confident.  And with time on his hands, he will listen and say more.

If You Need His Help, Ask

When men and women discuss personal issues, they do so with different objectives in mind.  The woman discusses so as to be understood and perhaps elicit some empathy. While the man enters it with a strict ‘Mr. Fix it’ approach.  Thus she gets troubled when he attempts to sort her problems rather than empathise with her. In the process, she accuses him of not paying full attention to her troubles.  In turn, he gets troubled for being rebuffed when he offers solutions.

Experts advise men to retreat from an “I got the solutions” for all problems. Maybe instead meet the women halfway, and place solution-finding as part of the empathy session. If she completely opens up on her problems, and he assists in brainstorming a solution out of the mess, then both will be happy. Working together as a team to resolve problems works wonders. No matter the situation, many men would like to be perceived as the perfect partner.

Oh yes, getting your man to listen is surely right after making love. That is a perfect time before he falls asleep. It should be one of those times he feels closest to his woman and is also likely to feel a little more at ease talking about serious issues.  It’s highly likely the love you have shown physically might just spill over into pleasant thoughts of the discussion type. And the serious the discussion, the more you’ll learn about each other. 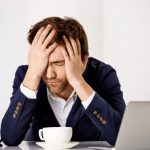 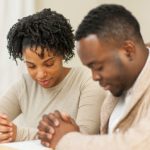 Prayer As An Alternative Therapy